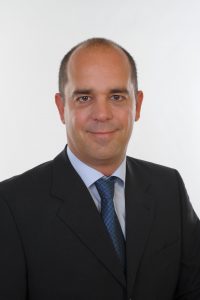 He graduated as Petroleum engineer at the University of Miskolc in Hungary and spent the first year after working for a drilling company in the Middle-East. Ferenc joined Schlumberger 17 years ago as Wireline Field Engineer and spent 5 years in the oilfield in various assignments around continental Europe providing Wireline logging and explosive services for most of the major oil companies in the area. In 2007 Ferenc moved to Bakersfield,CA and became Field Service Manager for Wireline services where he successfully managed wireline operations in California, Nevada and remotely in the western Pacific states. Ferenc moved back to Germany in 2010 as Operations Manager looking after wireline operation in North Continental Europe. In 2012 he joined GE Oil&Gas and as a Senior Productline Leader and managed a portfolio of over 100 cased hole and open hole Sondex products.In September 2018, he joined MOL Group as the managing director of Geoinform Ltd. Ferenc is committed to HSE and Service Quality  and within the organisation he strives to cultivate an ‘Excellence in Execution’ with continuous improvement culture in a safe and environmental friendly workplace. 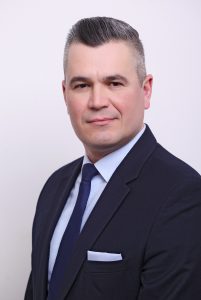 Zsolt has started his oil business activity at Rotary Drilling Co. Ltd. in 2000. After three years of working for Drilling/Workover areas  on domestic and abroad, he has joined to the Geoinform Ltd within the MOL GROUP in 2003. The next years his main activity were DST and WT operations as an operator and  team leader till 2008.He is applied the acquired professional knowledge as a field engineer in his activities during the varied downhole and surface well testing operations in the next two years. Parallel he participated in HSE, procurement and business development processes, providing technical support and information. Since 2010 he worked as a WT Chief Engineer, he’s responsible were the operational support tasks for all of service lines, and during this time period he also has managed the major domestic - foreign operations on the field.He has worked as an Engineering group leader since 2012. The group provided with his lead a wide range support for the service lines in order to be able to sustain the safe and continuous job on the field. Between 2013 – 2016 he’s main responsibility was to coordinate the GEOINFORM Ltd activity in Kurdistan region as a Branch Office Leader. Beginning of 2016 he has worked outside of MOL GROUP as a project manager for international project where he had been a full responsibility for resource organization with full management of the projects in Far East and Central Europe. Zsolt graduated in University of Miskolc as a mechanical and petroleum engineer.

Róbert started his career at the predecessor of Geoinform Ltd. as a DST operator in 1988. From 1995, he became the DST team leader, managing operations in Tunisia, Poland and Austria.
In 2001, he was promoted to Well Test team leader and his responsibilities included the processing of DST and well test measurements and meanwhile he also expanded his professional experience in Syria. From 2006 Róbert continued his career as a Data engineer in the company and from 2009 he was also in charge for Nagykanizsa site. During this period he was heavily involved in a drilling project in Romania which was executed with “on the balance” technology.
From 2010, in addition to the well test service line, he was responsible for the slickline services. Between 2012 and 2016 he led the well test operation in Kurdistan for MOL's exploration area.
After returning home in 2016, Róbert was promoted to Surface Well Services Leader (well testing, slickline and geological services) and from 2019, he is the operations and services manager of Geoinform Ltd. 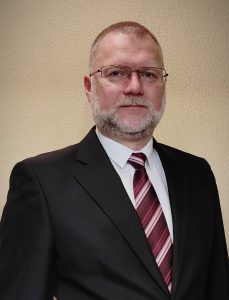 György has started his career in the petroleum industry at Rotary Drilling Co. Ltd.  in 1994. He spent several years in Tunisia and Syria as a Rig manager, then returned home to pursue his career as head of sales, sales and commercial director. His main responsibilities with his team included the leading and coordinating domestic and international contracting, and overseeing marketing activities.
He worked for a year and a half as Technical Director outside MOL Group, and from October 2020 he rejoined and strengthen the Rotary team in business development. Currently, his main responsibilities include the development of domestic and foreign third party activities, as well as the preparation and organization of commercial developments related to the core business.
György graduated in University of Miskolc as a petroleum engineer, and later obtained a public procurement manager qualification in Budapest University of Technology and Economics. 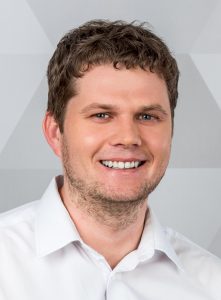 Attila started his career at MOL in 2007 and he worked for five years at Investor Relations and seven years at Upstream Finance. Attila gained valuable experience in various financial areas such as project controlling and performance management, corporate financing, efficiency improvements, investment analysis, M&A and change management. Prior to his previous role as CFO and member of the Board of OT Industries, he was International Upstream Finance Team Lead for three years. Attila holds a master’s degree in Corporate Finance from Corvinus University.

Geoinform Ltd. Copyright 2016. All rights reserved.
GEOINFORM is a trademark of GEOINFORM Ltd., registered in the European Union.